Lu Yang develops her work between the fields of neuroscience, Japanese manga, popular culture and music. Her interest in science is revealed in the appropriation and manipulation of technical images conventionally used in medicine to make the interior of the human body visible. But Lu Yang is also interested in the processes of thought and consciousness and their connection with the mystic and religious. With her particular visual style, she explores the brain relying on existing clinical techniques as the possible site where consciousness is based. The artist introduces an organic hybridization with technology and the machines that read and visualize her interior. in the form of digital collage, she adds influences from other subcultures in order to reflect on a multifaceted vision, and about what essentially constitutes the human being. Delusional Mandalaexplores the potential of neuroscience and technology to modify and alter human consciousness, especially at the moment of death, opening up the issue of digital immortality.

For this work the artist produced, manipulated and animated an avatar of her own body, is a digitized and asexual humanoid creation that is based on herself. This avatar is the basis to construct a personal mandala — a metaphysical universe for herself. Lu Yang uses her body as the starting point to the piece, and applies the neuroscientific technique of stereotactic mapping, stimulating her brain with deep brain stimulation and transcranial magnetic stimulation in order to map out her cerebral limbic system. By subjectively introducing religious imagery and thoughts revolving the physical world’s impermanence, Lu successfully induces a delusion. Delusional Mandala is an introspection of Lu’s past, present, and future artwork and inspirations. Through the production of this delusion device, Lu simulates a comprehensive destruction of her body and work, in order to reflect upon human consciousness and the connection between that consciousness and the human brain.” – LY 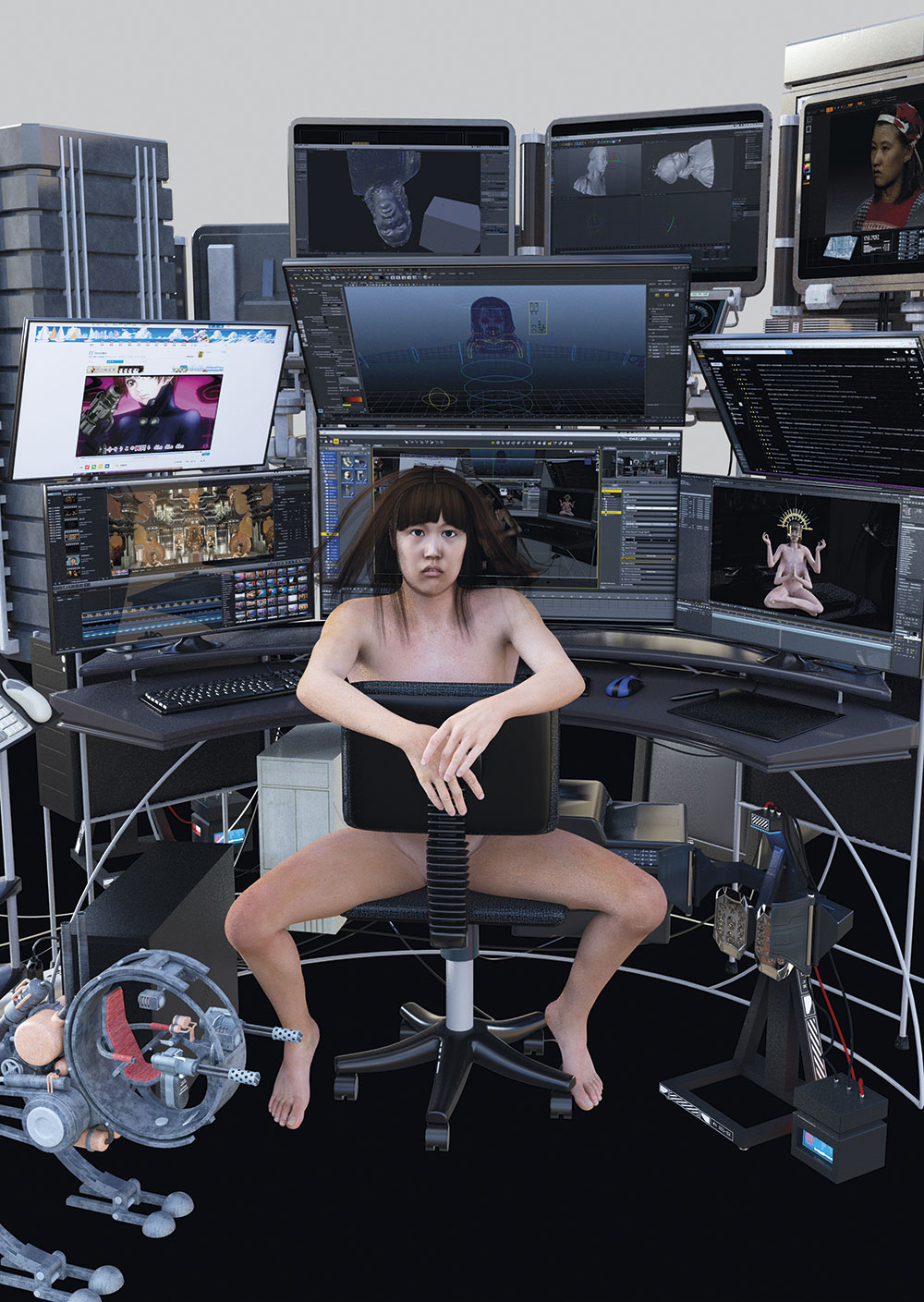 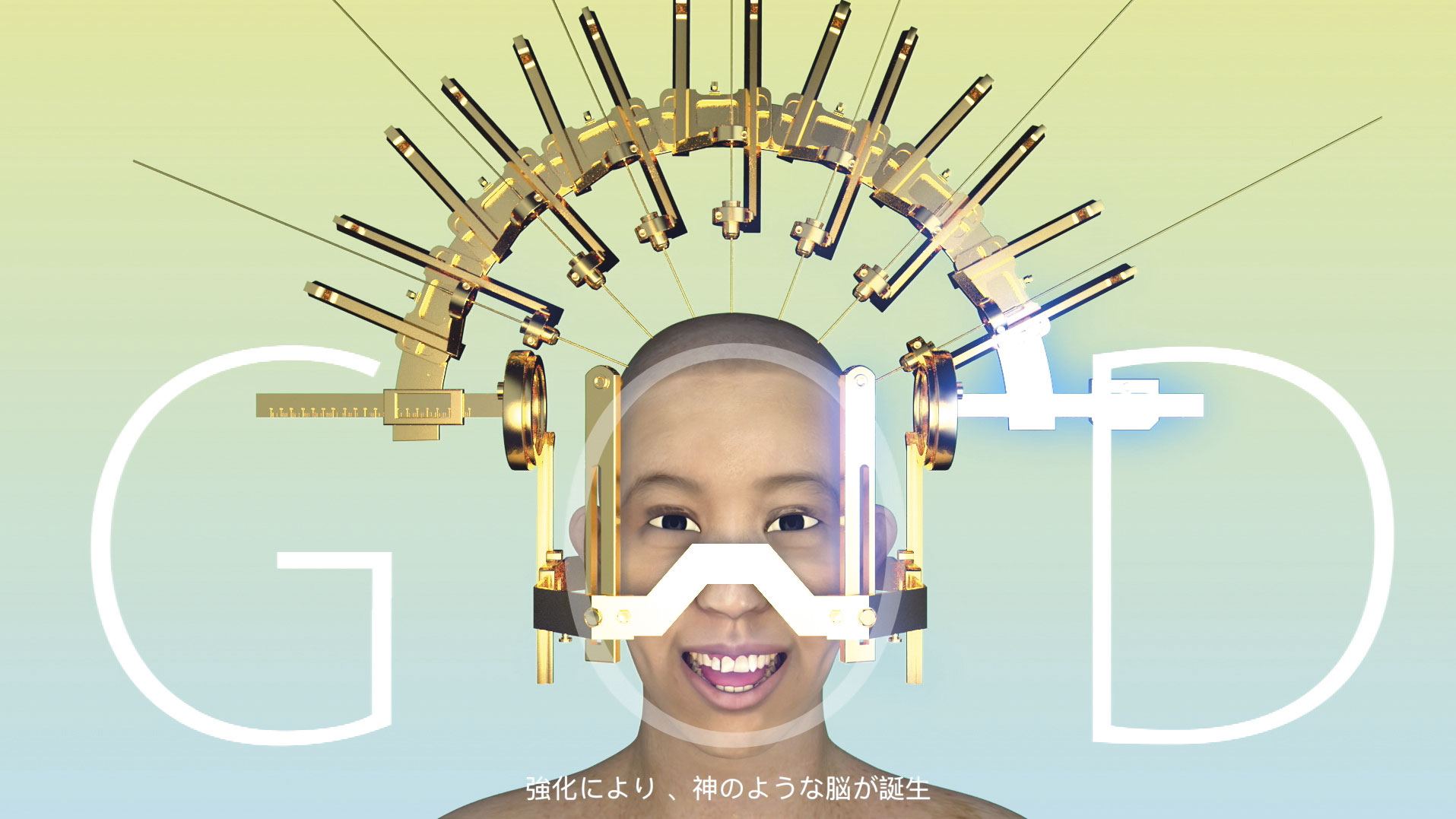