In his novel The Possibility of an Island (2016) Michel Houellebecq (Daniel’s character) reaches beyond the natural embryonic genesis process to forecast a future where scientists will be able to clone an adult human being from his chemical components and the structuring information contained in his genitor’s DNA.

The sculpture features the chemical “bodies” of Daniel and Esther, the two main characters of the novel. Each body is made of a clear tank filled with water, a stack of graphite particles, various vials, erlenmeyers and test tubes containing the exact amount of the chemicals listed above plus compressed oxygen, hydrogen and nitrogen tanks. Both the graphite – shiny black like lava beads – and the vertical assembly of tanks and containers are reminiscent of the novel’s Island of Lanzarote location.  Underneath the chemicals’ island lays Houellebecq’s island and the possibility of love. Floating above the bodies, two test tubes contain genomic DNA samples. (Renaud Marchand) 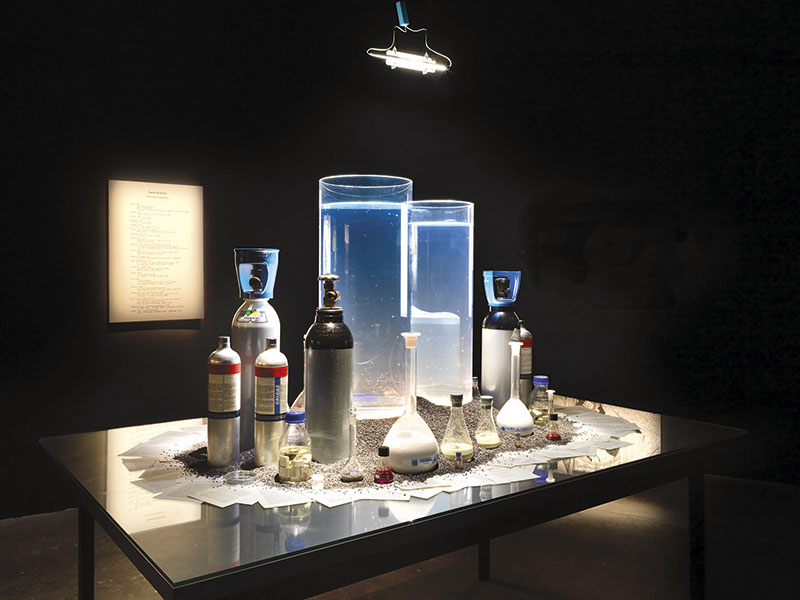 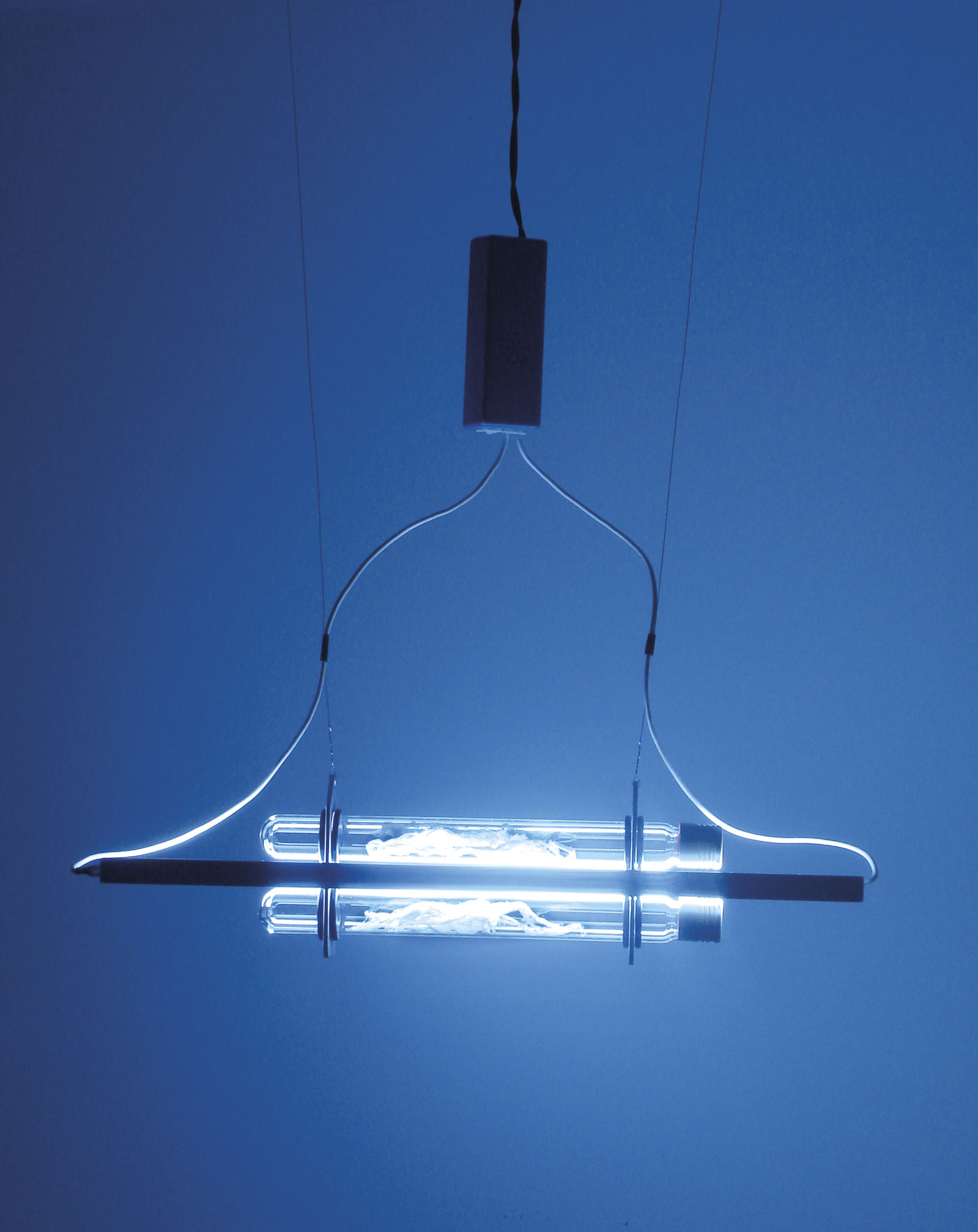