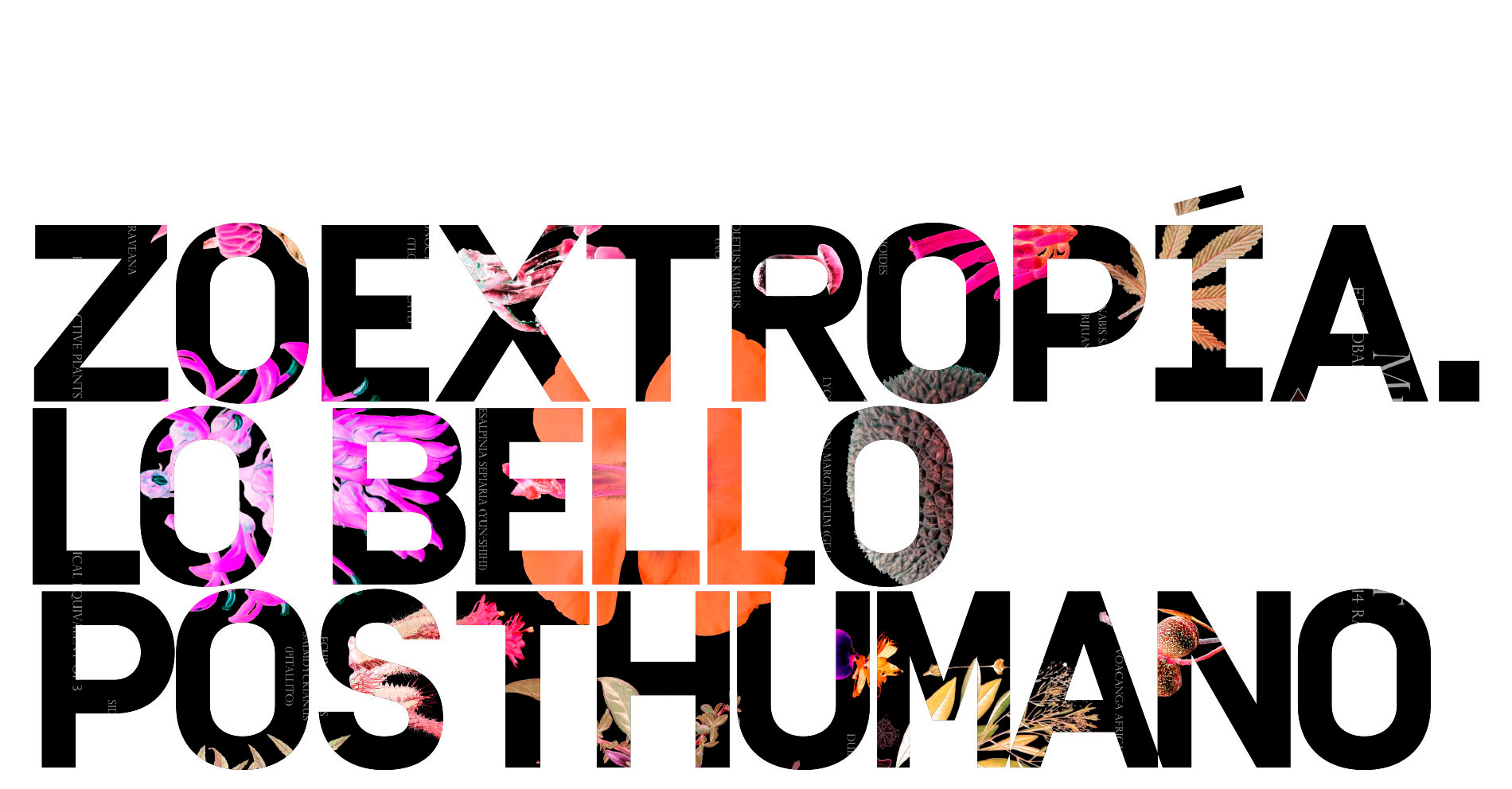 Zoextropy. The Posthuman Beauty is a project curated by Maria Morata within the V.O. curator program. of the Consorci de Museus de la Comunitat Valenciana.

Zoextropy explores new ways of thinking the aesthetic categories of the beautiful and the uncanny through contemporary artistic production within the context of recent philosophies of thinking which question anthropocentrism.

These currents of deterritorialization of the human seek to make the borders between the individual and their “others” porous, and entail a criticism of the humanist concept that conceives the subject as a unity and centre of all thought and knowledge. It is not, as Rosi Braidotti points out, a cognitive or moral loss, but rather an expansion of the human being, making us flexible and allowing us to adopt several identities and dimensions. Her concept of the posthuman explores the practice of hybridization, dislocating the differences between humans, animals, plants, bacteria and other species.

Zoextropy originates from the concept of Zoe which Hannah Arendt defines as natural life, which continues and repeats itself constituting the life of the species, in opposition to Bios, the concrete life of an individual, which begins with birth and ends with death. Equally it suggests a movement towards the exterior, exo and the quality of deviating, turning and taking another route in order to think about objects and categories, trópos.

Zoextropy proposes a selection of artistic practices and debates that are at the frontier between science and technology, and that address on the one hand the terrain of human limits, generating new ontologies such as the non-human or the a-human, and on the other the limits of beauty, both in the representation of one’s own body and in its intricate relationship with other living entities.

In his book Lo bello y lo siniestro (1982) Eugenio Trias proposes an interweaving of the aesthetic categories of the beautiful, the sublime and the sinister, the latter being the condition and limit of the former. The serene and balanced harmony of the beautiful, dialogues with the disturbing strangeness that appears when what should be hidden manifests itself, suddenly revealing the unsettling face of what was hitherto perceived as familiar, nice and stable, and which Friedrich Schelling defined as the umheimlich. How are these aesthetic sets of rules interpreted in artistic creation within the current paradigm of hybridization between technology and the materiality of the living? Zoextropy aims to explore this new way of thinking, according to which power and intelligence belong to all matter and not only to humans, thus overcoming the anthropocentrism and centrality of the subject in Western thought.

For her work HFT The Gardener Suzanne Treister creates a fictional character who experiments with psychoactive substances fusing their consciousness with an algorithmic intelligence. New animal species that possess organs to detect and metabolize plastics are imagined by Pinar Yoldas as post-human life forms in the installation An Ecosystem of Excess. Lu Yang explores digital technology and neuroscience creating an asexual avatar of herself and subjecting her body to physical and mental interventions in her video Delusional Mandala. In his installation Calyx Marco Donnarumma shows the organic relics of a techno-animist ritual in skin pieces created by the artist which have been subjected to the cutting of a prosthetic artificial intelligence robot (AI). The work of Renaud Marchand presents the chemical bodies of two lovers: Daniel and Esther, collected in two water tanks and test tubes that contain the exact amount of the chemical elements, oxygen, hydrogen and nitrogen that make life possible. The timeless artifacts of Yvonne Roeb invoke controversial debates in the field of human-animal study and evoke sacred objects and totemism. Dust Bunny by Alan Warburton questions the implications of computer-generated imagery (CGI) in the use of technology to create spectacle and introduces the presence of dust, dirt and human cells into the machine.